A friend sent me this video a couple days ago.

I have discussed this phenomena of willful blindness many times before.  People, even smart people, often refuse to acknowledge what is right in front of them.  In a recent newsletter Steve Kirsch relates his own experience with willful blindness.  He has a friend that he describes as super smart.  His super smart friend does not want to consider any information about vaccine injuries even though he has been losing his eyesight since his first injection.  He has now had 6 injections.  This might be the only documented case of willful blindness becoming actual blindness.

I have had my own experiences in my own family.  I have a family member who is an engineer but also a card carrying member of the COVIDians.  He didn’t just refuse to look at data that I gave him, he got angry at me for questioning the narrative.  He like many other people believes that the vaccines are safe because he took it and did not have a problem.  Any safety professional will tell you just because you get away with it does not mean it is safe.  It might mean you were just lucky.

Willful blindness did not start with COVID, it seems to be a defense mechanism intrinsic to humans.  My own observation is that most people do not like to think.  If they ignore data that challenges their assumptions then they do not need to think.  This applies to all people regardless of IQ.

I am an Engineer.  It is not easy to get an engineering degree.  Everyone in my class was a top student in high school.  They all were highly intelligent.  At one time my job was to supervise 22 other engineers.  Of my 22 engineers I had only 4 who would think.  The other 18 steadfastly refuse to think.  They would propose solutions without any analysis and get angry when I would force them to do the analysis before spending money.  Just because you are smart does not mean you think.

You can train high IQ people to perform complicated tasks like the ones needed for engineering but if an engineer performs these tasks without thinking they are really nothing more than a high functioning Chimp.  The same can be said of all the medical professionals that never challenged the narrative.  These people are all intelligent.  If they were not they would never have finished their degrees.  Unfortunately you can lead a PHD to knowledge but you can’t make him think.

What saves humanity and allows society to function is that you do not need a high IQ to think.  Anyone can do it.  Superior thinking abilities is called common sense.  I have a lot of friends and colleagues that overflow with common sense.  People who may not do calculous but know immediately when something does not add up.  These are the people that make the world go around not the over educated, high functioning Chimps. 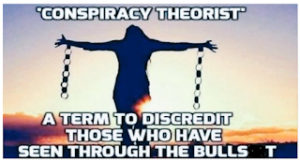 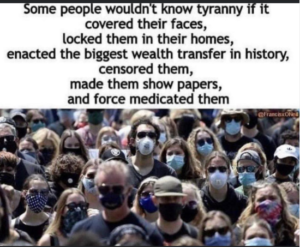 Subscribeto RSS Feed
How many Child deaths is Enough?The Great Reset is just one more thing that is our Fault
Scroll to top