It played out the way I expected.  The Democrats knew they could not hold on to congress so they concentrated on the senate races.  They held on to the senate by pushing John Fetterman over the finish line.  Fetterman is Biden 2.0; both men are brain injured career politicians who have never held a real job.  Neither man was smart before their strokes nor did their intelligence improve with the resulting brain damage.

The democrats also showed that while they are dishonest they are not stupid.  They learned their lesson from 2020.  If you are going to cheat you need to cheat enough to win from the start.

In 2020 they were undoubtable cheating but they underestimated Trumps support.  They were not cheating enough to win; that is when they went in to panic mode.  Honest vote counters were sent home while the core group stayed to creating fake ballots.  Electronic voting machines were reprogrammed and vote totals mysteriously changed in the middle of the night.  The problem with this approach is that everyone could see something nefarious happening.  Everyone knew they cheated and the FBI had to spend the next 2 years persecuting anyone who tried to expose the fraud. 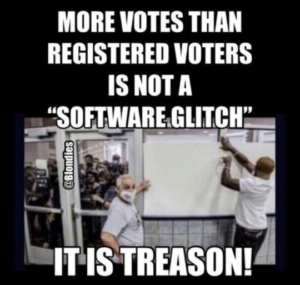 This time Fetterman led though out.  There is no way the vote counts are real.  Remember the US uses electronic voting machines that can be programmed to count fractional votes, something that does not exist anywhere but in the computer code of these machines.  No one casts a partial vote.  I have a friend who lives in Pennsylvania.  I wonder what kind of discount was applied to her vote.

It is true that Democracy dies in Darkness.  In the 21st century it can also die in the computer code. 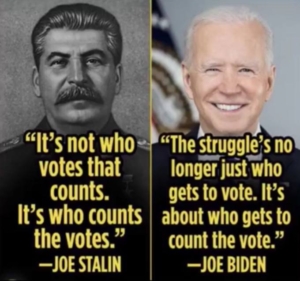