A few years ago Bill gates gave a TED talk on climate change.  Bill gates is not a scientist, he does not have any degree.  Given his complete lack of qualifications I don’t know why anyone would listen to him about anything, yet the room was full.

According to non-scientist Bill there are several things contributing to climate change.  The first factor he chose to discuss was population.  Presumably population was first because Bill believes that population is the biggest problem.  At about the 4 minute mark Bill explains that the earth has 6.8 billion people.  That number is increasing by 1.5% per year and will ultimately hit 9 billion.  Not to worry though because Bill has an answer.  According to Bill if we are careful with vaccines and reproductive health (abortions) we need not increase by 1.5% per year.  Instead we could reduce population by 15%.

Let’s pause to do the math and think about what Bill said.  15% of 6.8 billion is 1 Billion.  In front of a live audience Bill casually threw out that killing 1 billion people with vaccines and abortions is a worthy goal.

I did not check what year this TED talk was from but it must be old since the population of the earth is now 8 billion not 6.8 billion.  Bill has some catching up to do but he is up to the task.  Bill has found a way to kill two birds with one stone.  While the world was out multiplying Bill was funding a vaccine company (Moderna) to develop a vaccine that causes both sudden adult death and spontaneous abortions. 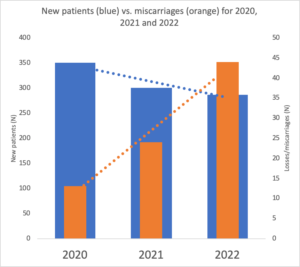 The plot above is from Jessica Rose.  Jessica has a friend that works in an Obstetrics office.  Each year they have fewer new mothers and more miscarriages.  Thanks to Bill Gates women who don’t die from his vaccine have trouble conceiving and bring a baby to full term.  Bill told us he wanted to kill 1 billion people with vaccines and abortions.  He is now has a vaccine that does both.

Our problem is not that Bill Gates is a terrible human being with far too much influence.  The problem is that he is not alone.  14 years ago the saintly Barrack Obama was very open about his plans to make energy unaffordable.  More recently Klaus Schwab told the whole world he wants to take their property and then bragged about creating sock puppets to implement his new single global order.

In case you still think it’s a conspiracy theory that our elites want a world order, here’s French President @EmmanuelMacron yesterday at the APEC summit: 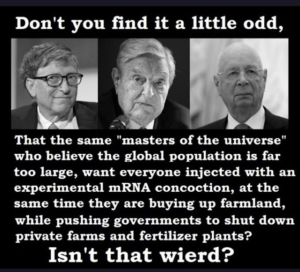 Subscribeto RSS Feed
The Evolution of Dr. CampbellShare this video
Scroll to top