Governments are sparing no expense and overlooking no details in preparation for Canada day.  Ottawa has been turn in to an armed camp and political prisoners are being rounded up in Alberta.  Tamara Lich was just arrested in Medicine Hat, how the hell did we come to this?  How did it become a criminal offence in Alberta to criticize government?

Alberta used to be a bastion of freedom inside the dysfunctional nation of Canada.  Albertans used to laugh at what went on outside their borders.  People from other provinces flocked to Alberta for the economic advantages resulting from all that freedom.  Now Alberta is just as bad as any other province.

Albertans were too busy making money and enjoying life to notice that politicians were taking it all away.  We should have paid a lot more attention to the reprehensible people we were electing.  A series of incompetent (Stelmach), corrupt (Redford), and pure evil (Notley and Kenney) premiers destroyed Canada’s Shangri La.  Now we arrest preachers and political dissidents.  I don’t know whether to be disgusted or disappointed. 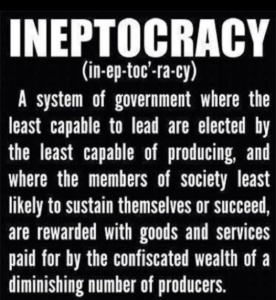