I have posted data several times indicating the COVID jabs have the potential to cause fertility issues.  The lipid Nano particles had a habit of accumulating in the ovaries and testes.  Many vaccinated women are experiencing abnormal menstrual cycles and sometime complete uterine shedding.  This should have been cause for alarm but the government and all the useful idiots just brushed it off.  The official narrative is vaccines are perfectly safe even for pregnant women.  Chalk this one up as another government lie.

This is data out of Germany showing births in Q1 2022 compared to the average for the 3 previous years. 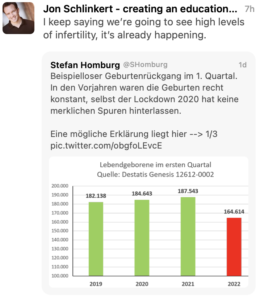 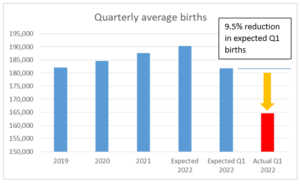 Q1 births in Germany are down by 9.5%.  These are not just warning signs any more.  This is concrete data that we have a problem and people better start paying attention.  Young people lucky enough to avoid Sudden Vaccine Death Syndrome are no longer producing as many babies.

Bill Gates Senior was on the board of Planned Parenthood.  He obviously believed people were having too many babies.  Moderna investor Bill Gates Junior is on tape saying a vaccine is a great way to control population.  It looks like the long held Gates family goal of depopulation is coming to fruition.   If we keep Jabbing people there will soon be no one left to jab.  This is not about a virus or public health. 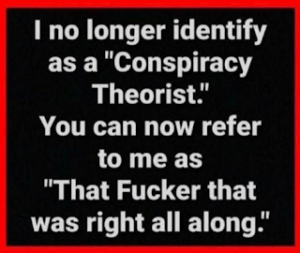