The G20 meeting just wrapped up.  The G20 is the 19 largest economies in the world and the European Union.  These governments get together regularly to discuss matters of common interest.  Lately their common interest seems to be the best way to cut ordinary citizens out of the decision making process.

Typically when the meeting adjourns the group publishes some sort of statement bragging about everything they have accomplished.  This is not an easy task when you consider most of the people in the group have never accomplished anything in their lifetimes.  This year they wanted you to know that they were eager to build on the success of the vaccine passports.

The G20 leaders are not happy with millions of deaths.  They are aiming much higher than that.  It is time to admit they just don’t measure success the way we do. 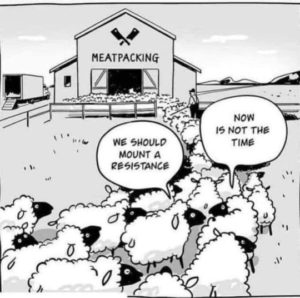 Subscribeto RSS Feed
How Many Babies will Die before we Speak Up?Let’s stop repeating past Mistakes
Scroll to top