Justin Trudeau is once again toying with Canadians.  A few days ago he stated that he was in favor of dropping some travel restrictions.  He was not specific about which restrictions and he did not say when any of this might happen.  When he was pressed for an answer this is all he had to say.

“Every step of the way through the pandemic Canada has listened to science experts and taken our responsibilities extremely seriously to keep Canadians safe,”

This clip came out in June and I really should have commented on it earlier.  The gentleman speaking is one of the Lawyers working for Brian Peckford’s challenge of federal COVID restrictions.  Brian Peckford is a retired Canadian politician and the only surviving member of the team that drafted the Canadian Charter of Rights.  Mr. Peckford is proud of the Charter and very upset that government in Canada violated the charter egregiously for 2 years.  Some Charter violations like the travel restrictions continue today.

EXCLUSIVE: The Public Health Agency of Canada's top epidemiologist said in court that she didn't recommend vaccines for air travellers.

In June the head epidemiologist of the Public health Agency of Canada admitted under oath that the Vaccine travel mandates were a political decision.  The science did not support that mandating vaccines would be effective.  I wish the lawyer had followed this up to determine why a mandate would not be effective.  Was it because the vaccines clearly don’t prevent infection or transmission or that they simply do not work?  Either way it confirms what I have been saying all along; there is no way the government did not know the restrictions could not work.

Trudeau does not follow the science and he does not tell the truth even when court documents already refute his lies.  Justin Trudeau is an unintelligent, willfully ignorant, arrogant, narcissistic, perpetual adolescent with a penchant for lying.  He has no redeeming qualities as a human being and is underqualified to manage a mall kiosk.

The fact that Justin is Prime Minister is proof that there is something fundamentally wrong with Canadians.  Incredibly, some polls still show him leading over Pierre Poilievre.  In a country of adults, a man-child who openly admires Chinese dictators and thinks budgets will “balance themselves” would poll below a potted plant.  Unfortunately adults in Canada are extremely difficult to find.

The world has big problems right now.  We are headed in to a severe recession while our “leaders” push for war with Russia.  The root of all these problems is poor leadership.  Unfortunately, by current western standards, Trudeau is not outside the norm.  He is the worst example but he is not the only example.  Childish western Voters have elected childish leaders everywhere.  Do you see any substantial difference between Trudeau, Rutte, Biden, or Macron?  Psychologically all those men are still teenagers.

Western voters better grow up and start voting for Adults before the over grown children currently in charge do any more damage. 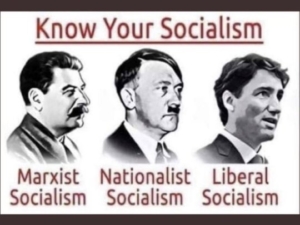