My friends and I were having quite an email discussion about Damar Hamlin this morning.  As you might imagine the people I choose to associate with have a very difficult time sugar coating the truth.  The discussion was blunt and interesting enough that I have reproduced some of this below.  Here is what one friend said about the incident.

What floors me is the amount of “prayers” and donations to his charities that have been requested. You don’t hear anything like this when innocent children get injured or die who are vaccinated because of their parent’s stupidity. How is he more important than those kids; or a soldier who gives his life for freedom, or a cop who gets shot protecting innocent people? The world is a mess.

Like I said, our conversations are always blunt but truthful.  Here was my response to him.

Unfortunately he might turn out to be more important than children who are injured because he collapsed in front of millions of people which make him very hard to ignore.  Our government does not seem to have a problem ignoring dead children especially the ones they killed themselves.

Because this is going to be so hard to ignore I expect that the propaganda will go in to overdrive.  It starts with the myth of full recovery.  There is no way this man will make a full recovery.  Does anyone think they will ever see him play in the NFL again?

The reason I wanted to recount this conversation is that it dovetails in with other conversations I have had with some of this same group of friends.  Just 2 days ago I had a friend ask me if I thought things would ever get better.  Would the epidemic of died suddenly eventually pass?  This is a great question that I do not have an answer to.  I doubt even better minds than me have an answer to it either.

Intuitively I believe if people stop taking boosters things could get better, at least they will stop getting worse.  Unfortunately while things could improve I think the COVID Jabs will continue to kill people long after we stop taking them.  Some of the vaccine injuries are permanent and will ultimately shorten lives.

I am shocked that up until now no one is even talking about this.  The only thing that is ever said is that a full recovery is expected, just as the media is now saying about Damar.  Heart and neurological damage can be permanent.  You might recover but you will never fully recover.  There are many things like football that you will never do again.  These injuries alter and ultimately shorten lives.

The scary part is that we are giving these treatments to very young children.  We could be altering their lives without even knowing it.  As Geert Vander Bossche points out some damage will not be apparent until much later.  The jabs have the potential to permanently inhibit a child’s immune system.  The jabs could be stealing their chance of ever having a healthy and robust life.

"I am begging you don't vaccinate your child against Covid-19, because in many cases it will be a Death Sentence for the Child."

Geert Vanden Bossche, who has been right about absolutely everything. 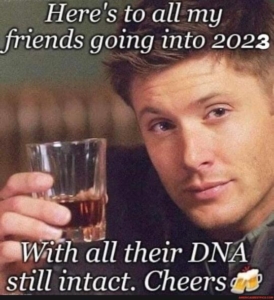 Subscribeto RSS Feed
The truth will out, Sometimes on live TVMy Hierarchy of forgiveness
Scroll to top