I found this remarkable piece of “journalism” yesterday.  The “journalist” Jack Montgomery wanted to let us know how badly Russia was doing with their invasion.

Recently mobilized Russian reservists are dying “in large numbers” in Ukraine, according to Britain’s Ministry of Defense (MoD).

This seems to be very bad news for Russia and very good news for the Ukraine.  I do have my doubts though since the article is not nearly as definitive as the headline.  Here is what the MoD actually said (the emphasis is mine).

“In Donetsk Oblast, reservists have been killed in large numbers in frontal assaults into well-established Ukrainian defensive zones around the town of Bakhmut,” the British claimed

“The Kremlin will likely be concerned that an increasing number of reservists’ families are prepared to risk arrest by protesting against the conditions their relatives are serving under,” the MoD suggested.

In terms of the reservists’ battlefield qualities, the British alleged there were “numerous examples” indicating that they are “highly likely not having their medical status adequately reviewed and many are being compelled to serve with serious, chronic health conditions.”

Neither the British MoD nor the “journalist” offered a single piece of evidence to back up what they were saying.  They suggested that Russian reservists are not fit for service and are dying in huge numbers.  We are supposed to accept that at face value with no evidence; their suggestions are all the evidence we should need.  These guys would make great climate scientists.

I don’t know what is happening in the Ukraine.  Obviously both sides are lying but if Russians were dying in large numbers you would think that it would not be difficult to find the bodies.  You would not need to “suggest” that there were mounds of undiscovered bodies hidden somewhere in the Ukraine.

Journalists lie.  In 2022 that is a given.  But even journalists lie for a reason so what reason do they have for this lie?  AS with COVID, journalists lie to advance a government narrative or to distract people from what is really happening.  Most of the COVID lies were to distract us from noticing the greatest wealth transfer in history.

Our elites (or rather, parasites) are trying to hoover up our assets and freedoms under the smokescreen of bogus virtue. Don’t be fooled by them. It’s a gigantic con-trick.pic.twitter.com/cmajYqnfqf 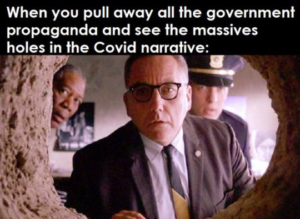 What is Jack Montgomery trying to distract us from this time?  As I said, I don’t know what is going on in the battlefield, but I do know what is going on off the battle field.  NATO is running out of weapons and the alliance is coming apart at the seams.  A French General has publicly stated that Ukraine is not France’s concern and that Ukraine should seek peace with Russia.

Saying that the war in Ukraine “is not ours”, the official went onto describe how he was hoping for Europe to curb its systematic alignment with U.S. military interests, and instead seek “a diplomatic solution from above”.

Germany is now rumored to be secretly negotiating with Russia because the war is destroying the German economy.  And, just yesterday the UK accused the US of war profiteering.  Next to the US, France, Germany, and the UK are the most important members of NATO and they are waffling.  The Ukraine war could destroy an alliance that survived for more than 80 years.

From the first days of the war the media has told us that Russia was in trouble; none of Russia’s battle plans were working.  This was always just wishful thinking and propaganda.  How could the media know that the plans were failing when they did not know what the plans were in the first place?  I really doubt Putin called them up and let them know what he intended to do.

The longer this goes on the more it looks like Putin’s plan is unfolding exactly the way he wants.  Putin chose a brutal war of attrition instead of a quick victory.  The west always mistook the slow grinding advance as proof that Russia was getting bogged down and would soon be driven from the Ukraine but there is another explanation.  Putin was not just thinking about the Ukraine.  He chose to grind this out to exhaust NATO’s armories and their resolve.

If this was his plan from the beginning it is brilliant and he is winning. 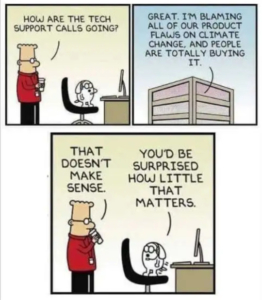