2020 comes to a close in a few hours.  Last year if you had told me that in 2020 people would willingly give up all of their rights, I would not have believed you.  To think we did this in return for protection from a virus that posed little to no risk is even more bizarre.  2020 took germ warfare to another level.  The virus did not have to be deadly as long as the panic was. 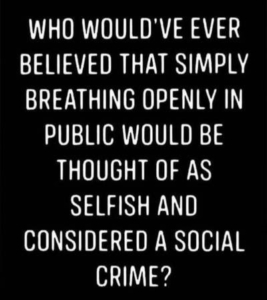 For the last day of 2020 we have good news and bad.  The peak of the infection in Alberta did pass as I predicted on Dec 3rd.  See the plots below.

We have seen the tail end of the epidemic that was not finished before summer arrived.  My prediction now is that we will see more of an endemic behavior.  We will still see infections until the second or third week in January and then they will fall off as winter begins to ebb.  Jurisdictions that saw their peaks sooner than us are already seeing this.  See South Dakota below.

Covid 19 was nothing more than a bad Flu that western governments turned deadly through a combination of incompetence, stupidity, cowardice, and at times pure evil.  The entire western world was subject to Tyranny that had no effect on viral transmission.  When this started I attributed it to fear and incompetence.  With time the simple incompetence explanation became very hard to defend.

Destructive knee jerk reactions occurred in the early days when ignorance and panic dominated.  Within a few weeks we had data that showed the virus was only a problem for the old and infirm.  It also was not spreading anything like the models predicted.  In a world where politicians worked in our best interest the response to the virus should have changed dramatically.  It should have become far more focused.  Yet that did not happen.

For me to continue to believe that this was simple incompetence I have to believe that all governments in the world were all as vapid and stupid as Justin Trudeau.  My life experience has led me to have a very jaded opinion of government.  Eventually, even I had to admit they could not all being as useless as Justin.  If it was not Trudeau level incompetence what was it then?  Quite obviously what is happening has nothing to do with a virus.

Very early on an ideological divide was apparent.  The further left the politics the more stringent and destructive the covid response was.  Politics in Canada are entirely left wing.  Politicians go by different names to disguise their intentions but they span from communism “lite” to all government all the time.  The resulting response in Canada was consistently draconian and designed for maximum economic destruction.

In the US were there still exists a diversity of political opinion the response varied from state to state.  Democrat politicians were willing to sacrifice their residents in order to eliminate Trump.  The timing of Covid was very fortuitous.  Democrat politicians could destroy the one thing Trump wanted for re-election, the strong US economy.

Democrats rode their Covid 19 horse hard.  The “pandemic” was an excuse to spread misery that the media blamed on Trump.  Trump was criticized for acting too soon, then acting too late.  Ultimately he was blamed for not having the power of god and simply stopping the spread of a virus.  Covid was also a great excuse to keep the democrat’s senile, corrupt, unlikable candidate out of the public eye.

The US election is over.  The Trump juggernaut was defeated by votes that literally came out of the ether.  Yesterday it was revealed that in Pennsylvania somehow 6.7 million voters cast 6.9 million votes.  At this point you have to be either willfully blind or dishonest to say Joe Biden won the election.  The documented fraud is so large no court wants to touch the case; the fraud is literally too big to fail.  That has not stopped private citizens from investigating.  The more they look the more Chinese finger prints they find.

Two days ago I discussed how the Chinese manufactured this crisis as a Trojan horse to spread communism.  One of the pillars of their plan was the corruption of the US political system.  The Chinese found it easy to get politicians to advance china’s interests for financial incentive.  The Chinese Communists and the Democrats (redundant I know) had a burning desire to remove Donald Trump from Office.  Unfortunately they were not the only ones opposed to Trump’s taxpayer first populism.  If you have the time watch this interview.

I can’t believe everything she says, but this woman understands government.  She worked in the Bush administration.  The point that resonates with me is about the theft of wealth.  Billionaires like Jeff Bezos and Mark Zuckerberg are constantly lobbying governments for tax exemptions like opportunity zones.  These tax breaks are only available to the super rich.  When a billionaire avoid taxes the government does not curb their voracious appetite.  The tax burden just falls on the middle class.  Billionaires are essentially syphoning money out of our bank accounts with the help of government.  Government’s deficit spending has also stolen the wealth of future generations.  Trillions of dollars of wealth have been transferred from ordinary people to the rich and powerful.

Communist China, Democrats, and Billionaires all played their part to eliminate Donald Trump.  China provided the money, democrats provided an army of useful idiots at the polling stations, and the billionaires suppressed information.  The media did such a fine job of cultivating Trump hatred that many people in the world are willing to overlook the fraud to get rid of the man the media told them to hate.

It does not matter if you hate Donald Trump.  This stopped being about Trump the minute we turned a blind eye to election fraud.  People just don’t get it.  If you allow this fraud to stand it will only get worse.  The media are talking about who the republican candidate in 2024 will be.  If Joe Biden is inaugurated on January 20th there will be no election in 2024.  What would be the sense?  The election outcome would be a foregone conclusion.  The US will have effectively become a one party state.

2024 won’t be about which party cheats the most because only one party is able to cheat.  Conservatives don’t aspire to careers in Government.  Government bureaucracies are full of left wing lunatics because those are the only people who apply.  The Democrats were able to cheat on an industrial scale because they control the levers of government.  All of the useful idiots that double counted ballots, manipulated voting machines, and covered up evidence were loyal democrat foot soldiers.

The Democrats think they have regained power.  The billionaires see a return to highly profitable crony capitalism. Useful idiots get to feel morally superior for vanquishing the evil orange dragon.  To accomplish this they forged an alliance with Communist China.  If their coup succeeds it will be their own demise.  The big dog in this evil alliance is China and they are the only one playing the long game.  Do you really think China financed this coup to relinquish control to Joe Biden and Nancy Pelosi?  To China they were all useful idiots.  The first rule of communist revolutions is when the revolution is over the useful idiots are no longer useful.  They tend to disappear quickly.

The world is on the precipice of Chinese communist domination.  Wealth and prosperity will be a thing of the past.  When you look back and wonder who caused this, just go look in the mirror.  We let this happen by letting government change rules to combat a cold and flu season.  We allowed ourselves to be transfixed by an imaginary crisis while they stole our liberties and covered up malfeasance.

I am praying for a miraculous awakening in 2021.  If we don’t soon pull our heads out of our asses it will be too late.

Sorry for the length of the rant but 2020 was just that kind of year.

Subscribeto RSS Feed
Covid killed Fewer People This Summer Than Deena Hinshaw and Jason KenneyIn 2021 Why Don’t We Take Back Power From Government?
Scroll to top