"I can't remedy in my soul anymore how the organisation I love is being used…and damage it’s causing in the reputation of Victoria police and the damage that it's causing in the community."

According to this former officer most of her colleagues do not agree with what they are doing.  They are just doing what they are told and collecting a paycheck.  Much like the Nazis guards at Auschwitz.

Seriously what the f&%k is wrong with police officers right now?  At what point will you stand up and say, “I will not violate the constitutional rights of people I am sworn to protect”.  Where is that line?  Will you hold down and torture the un-vaxxed and unmasked until they comply?  There is not a single police officer in Canada right now that should be wearing a uniform and carrying a weapon.  Australia had one and she just quit.  Western liberal democracy is dead. 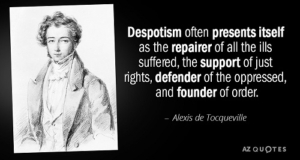 Subscribeto RSS Feed
Teenager doing the work that Adults are too Cowardly to doThanks to Politicians Air Travel just got a lot less Safe.
Scroll to top