There is a new study out on Sudden Death in athletes.  The authors recommend further study which really means they want more research grants.  The only thing that they were able to conclude was that doping i.e. steroids are not a major contributing factor.  Below are their conclusions in their own words.

I don’t disagree with their conclusions but I do find it odd that they were the only conclusions.  Somehow, after carefully studying all the cases of sudden death since 1966, the researchers failed to notice the unusual increase since January 2021. 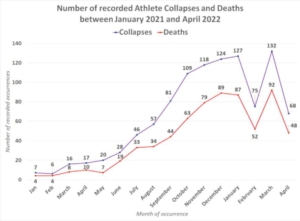 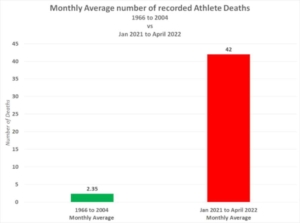 It is remarkable that these “scientists” did not notice a nearly 1800% increase in athletes dropping dead.  Unfortunately this study is a glaring example of how government and media have co-opted the name of science to produce propaganda.  Real Science is a process of discovery; political science is a process of justification.  In real science a phenomena is studied to determine the cause.  In political science the answer is determined and a person with a science degree is hired to develop a plausible excuse. 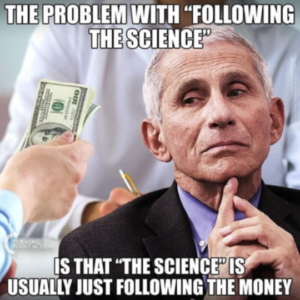 Humans are a very fallible species, we lie, cheat, steal, and kill.  Most major religions spend a lot of time trying to control our base instincts.  There is nothing about possessing a science degree that makes a person more virtuous.  People’s loyalties can be bought; politicians do that all the time.  Scientists are people and are bought as easily as anyone else.

It is becoming increasingly difficult to ignore athletes collapsing on live television.  Government needs to spin the narrative before sports fans start thinking for themselves.  These researchers were paid to convince us that sudden death in athletes is normal.  It should be studied more but the causes are completely natural.  Some people may even accept this answer, but at this point in the COVID farce they are only deceiving those who want to be deceived.  The rest of us know damn well what is happening. 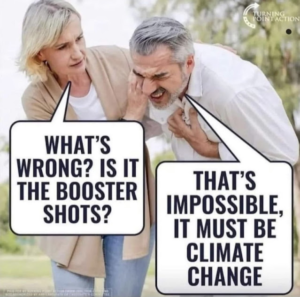 Don’t take another shot and don’t let those bastards in government get away with these murders.  Start following the science.  You do not need a degree to do it.  Just start believing what you see with your own eyes.  Observation is the first step in science and right now the government is counting on your willful blindness.