Western governments are fighting a 2 front war on their own citizens.  The first front was climate change.  The second front is COVID.  Both were completely manufactured “crises” used as weapons by our governments.  There is absolutely no evidence that COVID was an emergency just as there is no evidence that climate change is dangerous or is not natural.  Governments are not saving us from COVID or climate change.  You cannot save someone from an imaginary emergency; you can however, use that fake emergency to panic people in to accepting ridiculous things.

That is the crux of the problem, up until now we have accepted all of the ridiculous edicts of government.  All we must do is stand up and say no and all of this ends.  The problem is that people think it will end when the crisis ends but there is no reason for an imaginary crisis to ever end.

COVID tyranny will never end because it was never about a virus.  Climate Change tyranny will never end because it is not about the climate.  Both COVID and Climate change policies are about control just not control of a virus or climate.  Government has no ability to control either airborne viruses or climate.  Only a fool would think either of those natural phenomena would bow to the dictates of morons like Justin Trudeau.  COVID and climate policies are about controlling people and finally people are waking up to that undeniable fact.

The first thing that stuck me about this interview is what was left unsaid.  The government of the Netherlands wants to confiscate farmland to build houses, presumably for immigrants because the Dutch are not having enough babies to necessitate this.  So the government thinks they can dramatically decrease the food supply at the same time that they are dramatically increasing the population through immigration.  That math obviously does not work and there is no way that everyone in government is oblivious to it.  This policy will lead to famine and civil unrest and the government damn well knows that.

What struck me next was Neil Oliver’s language.  Neil Oliver is now sounding just like me.  He is questioning who really is in charge.  He does not give this shadowy group a name but I call them the script writers.  Next he correctly guesses the end game.  The end game is a return to feudalism, something I have been pointing out for months.  The script writers believe they have a divine right to rule just as medieval kings did.  Their objective is to destroy our wealth and drive us back in to servitude.  The only way this works is if we let it happen.  It is time to choose.  Do you want to be a slave or do you want to be free? 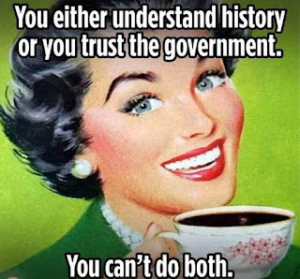