In April 2020, my brother said, with his usual eloquence “It is like they “f$%King planned this”.  At the time I could not believe it.  My opinion was that this was just stupid people reacting stupidly out of panic.  I thought when the panic wore off, they would find a way to gracefully back out and save face.  That did not happen.

Not everyone succumbed to panic in the first season.  Countries and states such as Finland, Norway, Sweden, South Dakota, and Florida did very little.  Belarus did next to nothing.  None of those countries or states overwhelmed their hospitals.  Some had deaths higher than average some were far lower than average.  The Data showed clearly doing little had the same results as a full lockdown.  Nothing changed the path of the virus.

The world had several data points disproving the lockdown hypothesis last summer.  Any “leader” who continued with lockdowns had to be willfully ignorant.  Incredibly, almost every western nation continued with their lock down policies.  This has gone way past the point of simple stupidity.  There is no way these people can be that stupid.  Trudeau level stupidity is quite rare.

Lockdowns obviously cause far more harm than good.  Any country still using them has ulterior motives.  No country is more dedicated to lockdowns than Canada.  There is no end to the level of tyranny being imposed in the name of safety.  In Alberta, the evil troll is trying to legally enshrine his right to do whatever he wants, whenever he wants.

The evil Troll is trying to usher in a police state.  For all practical purposes we may already be there.  Our Courts just issued a secret warrant based on secret evidence.  This must have been for a dangerous terrorist or multinational criminal right?  No, it was for a Pastor whose crimes were feeding the homeless and evicting trespassers.

As I have discussed before terrorists are quite welcome in Canada.  The police do not waste their time on terrorists.  They are far too busy investigating people who do not agree with the government.  Jason keeps the police very busy indeed.  He goes out of his way to increase the number of people who disagree with Government.  Yesterday he was up to his old tricks.

In the name of safety Jason has closed indoor fitness facilities, again.  He has also instructed the police to be more diligent about arresting people for the crime of eating outdoors.  Apparently fit health people with proper vitamin D levels have been the problem all along.  If we can just force people into isolation and obesity COVID will just take care of itself.

The most incredible thing about what happened yesterday is not the new restrictions.  After all a Tyrant is going to be a Tyrant.  We have come to expect nothing else of Jason Kenney.  The incredible thing is that Jason said this.

“The notion that there’s a direct linear relationship between restrictions and viral spread is not the experience of this pandemic,” said Kenney.

Let me translate that for you.  The evil Troll just admitted that the restrictions do not work, and he has known this for a long time.  From that Statement it is abundantly clear that the people enforcing the lockdowns know that it has no affect on the spread of the Virus.  Not a single government financed “journalist” had the balls to ask the obvious questions.  If you know lockdowns do not work, why do you keep doing them?  What other purpose do they serve?

The people in charge of this country may or may not be stupid.  They are however, undeniably evil. 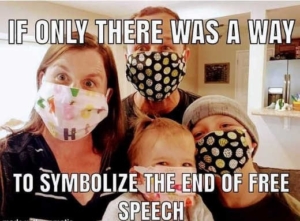 Subscribeto RSS Feed
The Adults Who let this Happen Deserve it, The Children do not Why are Vaccinated People Still Dying of COVID?
Scroll to top