I attended the world wide walk for freedom in Calgary on Saturday.  It really was a walk for freedom.  We were told that if we did not walk away from the beltline area we would be arrested for the crime of disagreeing with government.

Everyone walked to city hall where disagreeing with government is not yet illegal, just frowned upon.  Of course this was just an oversight in the court injunction.  If Calgary Mayor Jyoti Gondek had anticipated the protest would move, she would have included the entire country in the injunction.  The injunction would likely only be issued for the corporate limits of Calgary but the judge would need to explain to Jyoti that she is not Queen of Canada.

My hat is off to the protest organizers.  Their quick thinking to move the protest resulted in another good day.  This is not the first protest I have attended.  I always leave them with mixed emotions.  The Protesters are a good cross section of ordinary Canadians who understand the value of freedom.  That part is always uplifting but at the same time the protests are also depressing.

Even facing the threat of arrest about 4 to 5 thousand people attended.  On an absolute basis that is a good size but on a relative basis it is not.  Calgary is 1.2 million people.  If you count the surrounding area the number is closer to 1.4 million.  4,000 people is 0.3% of the populations.  99.7% of Albertans are not concerned with Canada’s rapid slide in to Tyranny.

Albertans are not now concerned because most were never concerned and those that were think this is over.  Albertans are no longer forced to wear a mask or produce a vax pass to participate in society.  Most people believe this is a clear sign that all of this is behind us.  These people are in for a rude awakening next cold and flu season.  This was never about a virus.  It was always about control and moving us towards the great reset.

The script writers behind Canadian Politicians have not abandoned those goals.  We have been granted a temporary reprieve while the tyrants re-group.  Next fall the testing will resume.  The rising cases will be used as proof that we never should have dropped masks and vaxx passes, but it won’t stop there. Rising cases will be used to argue that none of the restrictions have been strong enough.  Business will be closed once again and fully vaccinated will be redefined as 3 doses and will move to 4 before spring.  Interprovincial travel is likely to be banned.

All this sounds terrible right?  Well I have not even gotten to the worst part.  The worst part is that the overwhelming majority of Canadians will comply.  COVIDiots will volunteer to hold down unvaccinated neighbors while police forcibly vaccinate those dangerous, unacceptable, free thinkers.

I hope I am wrong about Canadians turning on their own but I will be shocked if they don’t.  Canadians are the most hypocritical people on the planet.  We pretend to care about others but we don’t.  Not a single vaccinated Canadian stood up to declare that excluding unvaccinated people was immoral.  They were more interested in the privileges (formerly known as rights) they could receive by cooperating with government.

I hold out even less hope that I am wrong about the tyrannical ambitions of the sociopaths holding the levers of power.  If this was over, why is Australia openly discussing a mandatory 5th jab and warning physicians about speaking out? 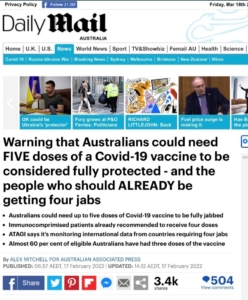 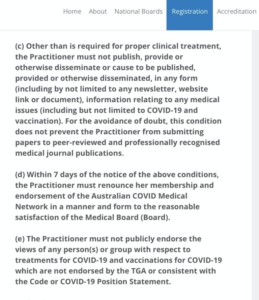 Why would Google be stepping up censorship of accurate medical information? 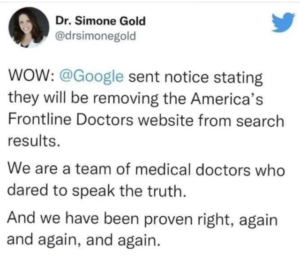 This is not over.  Not by a long shot.  Your chance to stand up is evaporating. 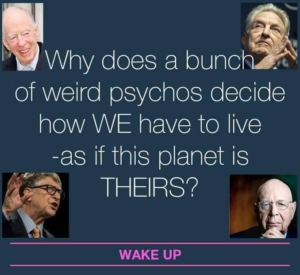