If you ask anyone in the media Belarus president Alexander Grigoryevich Lukashenko is a dictator.  Lukashenko is the first and only president Belarus has known since the fall of the Soviet Union.  He has stayed in office by winning multiple elections that the media ensures us were rigged in his favor.  In contrast to Lukashenko Canada’s Prime Minister is a media darling.  Trudeau is the epitome of a woke, caring leader.  Trudeau has won 3 elections with 32% of the popular vote each time.  The media tells us failing to get 2 out of every 3 voters absolutely gives Trudeau a mandate to ignore the constitution.

So Trudeau is a democratically elected leader in a free nation while Lukashenko is the dictator of a police state.  I will admit there is a distinct difference between the 2 men.  Here is Trudeau the leader of a free nation complaining again about the small minority of people who will not blindly obey his every dictate.

Trudeau says Canadians are ‘angry’ and ‘frustrated’ with the unvaccinated (msn.com)

Trudeau never misses an opportunity to threaten and demonize unvaccinated.  He justifies his rhetoric by lying about how vaccinated people are denying medical services to the vaccinated by clogging hospitals.  Currently in Alberta unvaccinated people with COVID occupy 3.7% of the available hospital beds and have exactly the same chance of contracting omicron as fully vaccinated people.  If we are cancelling medical treatments because of an extra 3.7% we should be sending Alberta Health Services executives to prison.  Still there is no denying Trudeau gets very upset with people who ask questions and are not inclined to obey his every wish.

The dictator Lukashenko was also very upset lately.  In this video he expresses his frustration that members of his government continue to violate the rights of Belarussian citizens with their nonsensical COVID edicts.

Stunning short vid of Belarus President berating his staff – imagine we had this common-sense and scientific/logical acumen in other Western leaders? pic.twitter.com/BFfZwj19uH

So a man the media has branded a dictator cares more about human rights and government over reach than Justin Trudeau.  What does that say about Canada?  Freedom died in Canada 2 years ago and I am not the only one who has noticed. 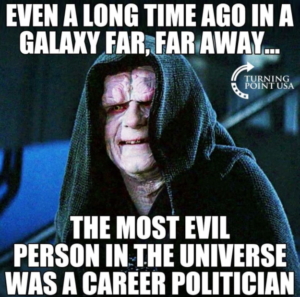 Subscribeto RSS Feed
How many People can we Wake up in 2022? Omicron is another Lab Generated Government Wielded Weapon.
Scroll to top