I found a link to this paper on Joanne Nova’s blog.  The Paper was written by Dr. Aseem Malhorta.  Dr. Malhorta is a cardiac specialist from Britain.  The good doctor started as a firm believer in the COVID mRNA vaccinations.  He and his entire family were vaccinated the minute the jabs became available, and then his father died from a heart attack.  Dr. Malhorta could not explain his father’s unusual heart attack and as a cardiac specialist this bothered him.  The only plausible explanation was the vaccine.

This sad event led to Dr. Malhorta researching vaccine injuries and effectiveness.  The paper is the culmination of his efforts.  In short Dr. Malhorta is no longer a believer in the jabs.

Results: In the non-elderly population the “number needed to treat” to prevent a single death runs into the thousands. Re-analysis of randomized controlled trials using the messenger ribonucleic acid (mRNA) technology suggests a greater risk of serious adverse events from the vaccines than being hospitalized from COVID-19. Pharmacovigilance systems and real-world safety data, coupled with plausible mechanisms of harm, are deeply concerning, especially in relation to cardiovascular safety. Mirroring a potential signal from the Pfizer Phase 3 trial, a significant rise in cardiac arrest calls to ambulances in England was seen in 2021, with similar data emerging from Israel in the 16–39-year-old age group.

Conclusion: It cannot be said that the consent to receive these agents was fully informed, as is required ethically and legally. A pause and reappraisal of global vaccination policies for COVID-19 is long overdue.

Dr. Malhorta’s Results and conclusions can be summarized in one sentence.  The jabs do more harm than good and it is time to acknowledge that irrefutable fact.

The Jabs do not work.  All-cause mortality went up rather than down after vaccination programs started and the infection fatality rate remained the same.  Side effects were killing people while not a single COVID death was prevented.  Governments obscured vaccine failure for a long time by playing with the numbers.  By counting deaths within 14 days of vaccination as unvaccinated, and using time periods where almost no one was vaccinated, Governments’ math showed vaccines worked.  That game is over now because almost everyone is vaccinated and people are still dying.

That is what is so obscene about this.  To government it was a game.  If government thought the vaccines worked, they would not have played fudged the math.  The very fact that the governments were fraudulent with the data is proof they have always known the Jabs do not work.  Millions of people have been harmed or killed by the jabs and billions had their rights stripped away.  Governments knew exactly what they were doing.  This is the greatest crime in history. 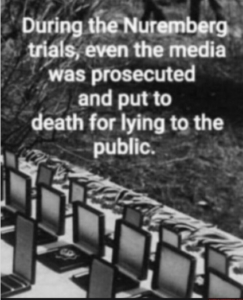 Subscribeto RSS Feed
Joh Ibbitson, Climate Change Disinformation SpecialistI hope the Swamp in Italy is not as Deep as it is in Canada or the US
Scroll to top