In previous posts I have noted how, thanks to the vaccines, rare medical conditions are no longer rare.  This morning I found another one.  In the past 109 years there have only been 40 cases of decidual cast shedding documented.  In a 7.5 month period during 2021 there were 292; 127,000% more than normal.  Decidual cast shedding is when the entire wall of the uterus sheds.  It is painful but rarely deadly.  I doubt that women who have experienced this consider themselves lucky but they really should.  There are far worse side effects of the COVID jabs.

Data recently released in England shows that 178,000 Britons died within 60 days of getting jabbed.  That sounds like a lot but England is a big country and people do die every day, right?  So the question is how many people normally die in 60 days in England?  The plot below is from UK government data.  For the last 10 years deaths in England have been trending up so if we follow the trend we should expect 920 deaths per 100,000 people every year (0.92%). 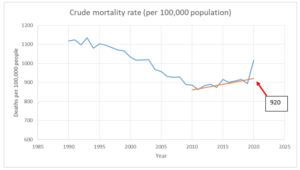 The population of England is approximately 60 million so that is 552,000 deaths per year which equates to 91,000 deaths over 60 days.  The math tells me that in 2 months the COVID jabs killed 87,000 Britons.  It is definitive, Boris Johnson is the most prolific serial killer in English history.  Jack the Ripper killed only 5 women.  Compared to Boris he was a rank amateur. 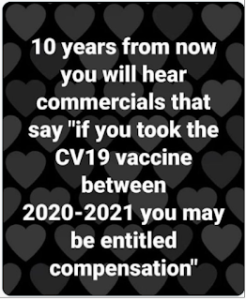 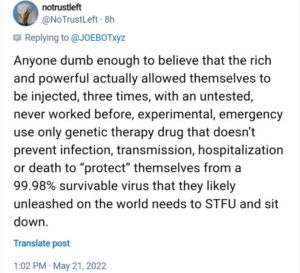