2 days ago, Emmanuel Macron announced that unvaccinated people would not be allowed to take part in Life.  They would be shunned and ostracized until they submit.  Today I am finding videos all over the internet of French citizen protesting this tyranny.

I know the MSM in this country won’t show you but people are protesting ALL OVER France today. Small towns & big cities. The french hashtag is actually perfect: #PassDeLaHonte = Pass of Shame
This is Annecy against the vax pass ⬇️
pic.twitter.com/0tTTgMOVD7

At first, I was confused.  The government and their media lap dog have been telling us for weeks that everyone was getting vaccinated.  There were only a few crazed antivaxxers putting the entire world at risk with their selfishness.  If this is true, how did they find enough people to form a protest?

I decided to check just how many Frenchmen were not vaccinated.  To my surprise I found that it was less than 50%. 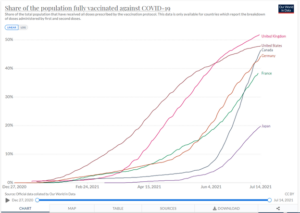 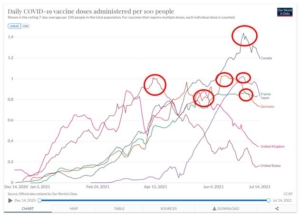 Governments are being heavy handed because it is not working.  Too many people are choosing not to be vaccinated.  Some countries like France have decided to use the force of law to compel compliance.  Other countries are still content to let the media do the dirty work.  Recently the British media interviewed 2 young men from their hospital beds.  Both men lamented that they should have taken the vaccine when it was offered.  This might have been very convincing if both men were not paid actors. 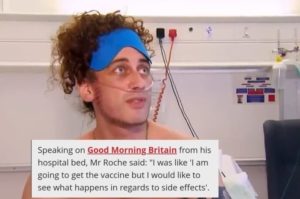 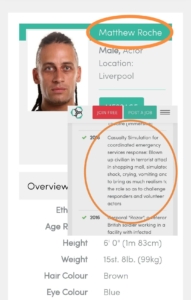 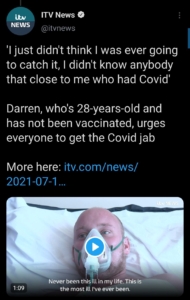 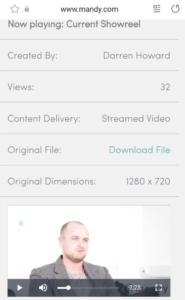 I do not know what is worse, the overt regulatory pressure or the intentional deception.  Do you still trust Government?  I do not but according to New Zealand’s Prime minister I am wrong.  According to her Government is so trustworthy they should be your single source of Truth.

“Don’t listen to anyone else. You can trust us as a source of information […] we will continue to be your single source of thruth!"

The people who have not spoken the truth once in the last 17 months now assure us that they are the only source of truth.  Next, they will want us to believe shutting the world down for cold and flu season is the only reasonable thing to do. 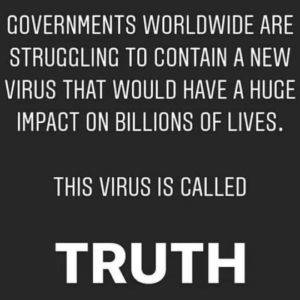