Jason Kenney and other public figures love to smear Lockdown Protesters as conspiracy theorists.  This is how the left always approaches arguments.  Do not address the arguments or the data, just smear the speaker.  The left’s favorite smear is calling someone a racist.  I mean why would any decent person listen to a racist?

Initially the left defaulted to their old standby of racism.  Lockdown opponents were racist because COVID hit Black and Brown communities disproportionately.  The argument was that White People would risk their own health just to see nonwhites get COVID.  This really was not more ridiculous than most of what they said about race, but this time it did not stick.

When racism accusations did not work the government was desperate to find a smear that would work.  They seem to have settled on Conspiracy theorist.  Why would anyone listen to the person in the tin foil hat?  Our governments want you to know anyone who points out the rules seem to have objectives unrelated to a public health crisis, is unhinged.  Politicians have been open about seizing the opportunity to reset our economy, or build back better.  But let’s be clear; anyone who points out that has nothing to do with public health, is a conspiracy theorist.

By now everyone has heard about the great reset.  Our own Prime Moron can’t stop talking about it.  The great reset is a plan to consolidate ownership and control.  It is just a re-branding of communism.  On paper under communism everyone is equal.  In practice the leaders become enormously powerful and wealthy.  Everyone else becomes poor.  The average Venezuelan is starving but Maduro’s entire family are billionaires.  Castro died a billionaire.  Every communist leader dies a billionaire.  All animals are equal.  Pigs are more equal than other animals.

Most politicians have made public comments in support of the great rest or the fake ideals disguising it.  Some, like Alberta’s evil troll, have spoken out against the great reset.  Do these people support or oppose the great reset?  Because actions speak louder than words, I thought I would take a look at what politicians are doing rather than what they are saying.  Are COVID protocols effective public health measures or do they have other more important economic objectives?  Here is what I come up with.

When it comes to public health everything that Government in the last 13 months with the exception of vaccines has been clearly detrimental to overall public health.  We don’t yet know about Vaccines.  They could be the solution or they could be a calamity.  Only time will tell.

Everything on the list is, however, highly effective at creating the conditions needed to impose the great reset.  Even the Vaccines.  Is it just me or does this list look highly slanted towards the reset?  I guess I am just one of those conspiracy theorists you should not listen to. 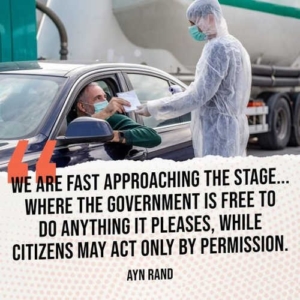