I saw this headline today. 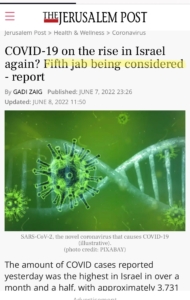 If I could make a suggestion to the Israelis it would be that while you “consider” the 5th Jab you should consider the results of the first 4. 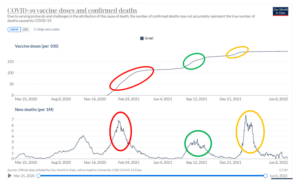 Every vaccination program coincided with a surge in COVID deaths.  Not only that, there were more deaths per dose administered with each successive booster.  So which came first the chicken or the egg?  Did the boosters cause the deaths or stop a surge in deaths that would have occurred anyway?  Since the deaths were from a disease that the Jabs were supposed to have prevented in the first place I have a hard time crediting the boosters for saving lives.

Israelis need not worry however, Moderna has developed an even better booster.  Seriously, when will people just say no?  How much longer can we deny reality?  You cannot find a single place in the world where these vaccines have resulted in fewer cases and deaths.  With every new release of government data the booster story gets worse and worse.  The data out of Canada again shows taking a booster is a particularly bad idea.  Hospitals and morgues in Canada are seeing a disproportionate number of people who were foolish enough to trust Justin Trudeau and Theresa Tam.  From May 8th to 22nd 82% of COVID deaths were from the 48% of the population that were boosted and the data from the rest of the world is no better.

COVID simply was not much of a problem until government made it a problem.  COVID was and is still a disease of the elderly.  Vaccines have not changed that at all.  We could have chosen to protect the elderly, instead we chose to let them die as we stripped everyone else of their rights.

Best 2 minutes of reality you will see today, or any day really…
(I edited to get the best bits) pic.twitter.com/EGY2IA6EHG

The Jabs have not worked yet we are barreling towards mandated boosters.  The irony is that if the Jabs were simply ineffective we would not be doing this.  The problem is that the Jabs are ineffective and Deadly.  Young people are dying from the Jabs which makes all of this criminal.  The choice for government was clear.  Admit that the mandates killed thousands if not millions or cover it up by continuing on as if nothing is wrong.  More people will die because no one in government has the moral courage to face the consequences of their actions. 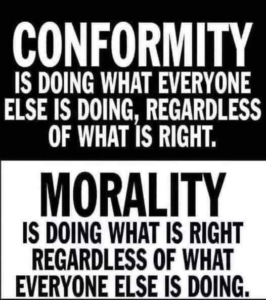