Will Jones thinks that the target was China because the attack started in China.  I think it started in China because it had to start in China and the Chinese Communist party went along with it.  I don’t think China was the target because of the initial Chinese reaction.  China’s first response was not to enact pandemic response measures and quarantine infected people.  Instead they loaded infected people on planes and sent them all over the world.

You might believe that exporting the virus was just China lashing out and sharing the pain but then you need to explain a couple things.

The evidence fits my scenario much better.  The Chinese Communist party cooperated with members of the deep state in the US to release and export the virus.  At first that might seems strange but remember the enemy of my enemy is my friend.  The Deep state and China both hated Donald Trump and the populist, democratic, movement he spawned.

COVID was a plan to eliminate Donald Trump and move the west towards communism.  The most important part of the plan was to conceal the fact that western governments were trying to eliminate democracy.  That is why the virus had to be released in China first so that blame could be bounded back and forth between a wet market and a lab leak.

There were two possible origin stories that both blamed China.  Everyone could demonize China instead of asking some very important questions.

COVID was a big win for Communist China.  They got rid of an antagonistic American President and the whole world took a giant step towards Communism.  COVID was a great excuse for their ideological soulmates in western governments to eliminate liberty.  The price China had to pay was a few dead seniors.  This is a deal the Chinese Communist party would make 100 times.  The Chinese Communist Party is history’s most prolific killer.  By some estimates they have killed more than 100 million of their own people.  Sacrificing a few million more to get rid of Trump and democracy would be a bargain by their logic.

While I don’t agree with the conclusions I think this article is incredibly important.  It signals a definite departure from the narrative.  More people are coming to the conclusion that my brother dragged me to over 2 years ago.  People are waking up to the realization that none of this was an accident.  COVID was planned and the people who planned it are in Davos right now discussing their next steps. 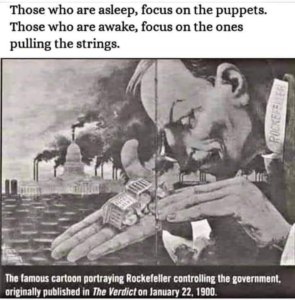 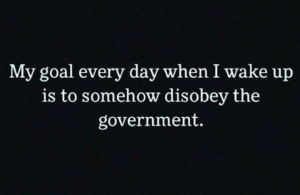