Politicians from all over the world are once again congregating in Davos for the annual meeting of the World Economic Forum (WEF).  Canada has sent a huge delegation which includes our head woketards Justin Trudeau and Chrystia Freeland.  I am sure that finance minister Freeland is looking forward to a week of fine dining and luxury accommodations after her uneven week.  She did manage to hand out 84 million in non-existent contracts to McKinsey Consultants but was stymied in her attempts to steal 2 billion more.  I guess the 2 billion was a little overreach.  She will rest and relax in Davos and no doubt find another way to get her hands on that money.

Chrystia is a regular at Davos.  She is even on the board of the WEF and was once a keynote speaker at the annual conference.  Canada is a truly screwed up country and a big contributing factor is how involved our governments are with the WEF.  Of course if you say you think Klaus Schwab has undue influence in Canadian Politics you will be labeled a conspiracy theorist.

I find this label a little odd because conspiracies by their nature are secret and there is nothing secret about the WEF.  Klaus Schwab is very open about his objectives, hell he wrote a book about it and sends free copies to politicians around the world.  Klaus wants to take everything from ordinary people and give it to the elite.  Schwab feels that ordinary people cannot be trusted to make decisions or own property. 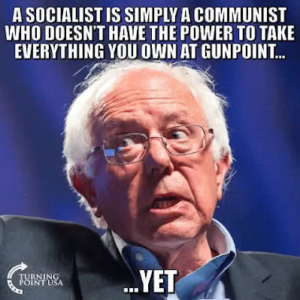 Klaus calls his new world order the great reset.  It would be a reset but there is nothing new about it.  What Klaus really wants to do is take us back to feudalism where the royalty owns everything including the serfs that work for them.

WATCH: Gov. Ron DeSantis calls out the World Economic Forum elites: "Their vision is, they run everything and everybody else is just like a serf, like a peasant."

The great reset is not a conspiracy.  It is openly discussed goals of the political elite.  Once a year they gather in Davos to discuss ways of ruining our lives.  No one voted for this but that will not stop the freight train.  It does not matter that the great reset is a collection of very bad ideas that have failed before.  The movement does not need to succeed to succeed.  It is kept alive by the incredible stupidity of modern politicians.  Davos is not a secret meeting where criminal masterminds plot out the destruction of the world.  Davos is a meeting of very inadequate minds destroying the world with abject stupidity.

The WEF is not a conspiracy. Its members don’t sit around a secret conference table drawing up megalomaniacal schemes.

Worse, they see themselves as God’s gift to humanity.

Politicians like Trudeau and Freeland are attracted to DAVOS like a moth to flame because it is the only place on earth where they can feel smart.  For a week they will be surrounded by people just as stupid as they are with equally stupid ideas.  Both of those morons will return home fully recharged and convinced the world will not be saved without their firm guiding hand.

We should be afraid, very afraid.  Stupid people who think they are smart can be dangerous.  Hand that person the reigns to a country and this is what you get.

Mic drops. Brought to you by Pfizer. S pic.twitter.com/dcJ0NbVVif

Coincidences. Brought to you by Pfizer. pic.twitter.com/3sHzmw2KxG

Subscribeto RSS Feed
COVID and the Courts2023 brings a drastic change to the Narrative.
Scroll to top