Science is the study of natural phenomena with the hope that the knowledge can be used to predict some future event or outcome.

I have used that definition of science before on the blog.  Basically it means if you get the science right your predictions will be right.  If your predictions are wrong your science is wrong.  Another year has passed with the icecaps still intact and New York above sea level.  In fact we have gone past the deadline for dozens of climate catastrophes.  Predictions based on the theory of anthropogenic greenhouse gas warming (now rebranded as climate change) have been wrong 100% of the time because the science is 100% wrong.

The media along with a handful of fake experts has managed to keep this fraud alive for 4 decades.  Every time there is a severe weather event the media turns to one of their pet fake experts to explain how you selfishly caused this calamity by heating your home.  Incredibly even severe cold is blamed on a warming planet.  You would think that such a ridiculous contradiction would cause people to question the media “expert”, yet it does not.  Such is the power of fake experts.

To have a career as a fake expert you don’t necessarily need to jump on the climate fraud band wagon.  You just need to dream up some creative way humans are destroying the planet by being humans.  One great avenue to fake expert success is simply to claim there are too many of us.  The overpopulation myth has been as persistent as the climate apocalypse myth.

Despite its popularity there was a serious problem with Ehrlich’s book.  The predictions in the book were based on Ehrlich’s interpretation of the science and Ehrlich was 100% wrong. 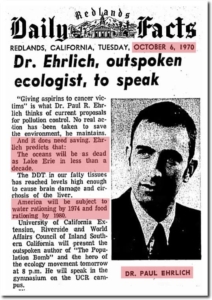 I don’t know about you but I don’t remember water rationing in the 70s or food rationing in the 80s and last I checked the oceans were very much alive.  Paul Ehrlich is one of the worst scientists in history yet somehow his incompetence has not harmed his earning potential.  The media still goes to Ehrlich for his “expert” opinion.  The latest episode was on New Year’s Day when 60 minutes invited Ehrlich to explain once again how we are all going to die.  Just how much of a lunatic must you be, before the media will stop presenting you as an expert?

The Media wants you to believe that they present both sides of every issue but that is never the case.  They only ever present the alarmist narratives and they are presented as gospel truth.  Just as there are many reputable scientists that dispute the climate change narrative there are also reputable scientists that challenge the overpopulation myth.  One of those scientists, Julian Simon, even challenged Ehrlich to put his money where his mouth is.

In 1980 Simon proposed that they test Ehrlich’s scarcity theory with a bet.  If Ehrlich is correct and overpopulation is stressing the earth beyond its limits, then natural resources will become scarce.  When something becomes scarce it becomes expensive.   Simon challenged Ehrlich to pick a basket of 5 metals.  They would follow the price of those 5 metals for 10 years.  If they were becoming scare the price would increase.  Like all stupid people who think they are smart Ehrlich jumped at the opportunity to demonstrate his nonexistent brilliance (can you spell Justin Trudeau?).

10 years later the basket of goods that Ehrlich picked had lost 50% of its value.  Every single item he picked was more abundant in 1990 than they were in 1980.  The world was not running out of any of them even though population had increased by 19% over that period.

“In October 1980, Ehrlich and Simon drew up a futures contract obligating Simon to sell Ehrlich the same quantities that could be purchased for $1,000 of five metals (copper, chromium, nickel, tin, and tungsten) ten years later at inflation-adjusted 1980 prices. If the combined prices rose above $1,000, Simon would pay the difference. If they fell below $1,000, Ehrlich would pay Simon the difference. Ehrlich mailed Simon a check for $576.07 in October 1990… The price of the basket of metals chosen by Ehrlich and his cohorts had fallen by more than 50 percent.”

33 years ago Julian Simon proved that Paul Ehrlich had the science wrong.  Despite this humiliating public defeat, Paul Ehrlich still preaches the same apocalyptic gospel.  He has never been right about anything and has been proven wrong by other reputable scientists yet the media continues to present Paul Ehrlich as an expert.

Everything in the main stream media is a fake, including the experts. 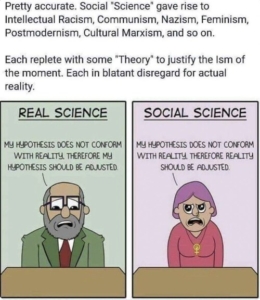