Damar Hamlin was released from hospital today.  He has lost his career but held on to his life.  Even after suffering a career ending, jab induced heart attack Damar must be considered lucky.  He was certainly luckier than this list of celebrities who all succumbed to “Died Suddenly” this week.

The List of Died Suddenly grows each week and includes a lot of people not famous enough to warrant a news headline.  Airline pilots don’t generate headlines unless they die during flight so you might not be aware of the serious pilot shortage that is causing airlines to cancel routes.

Officially none of these deaths were caused by the COVID jabs buts let’s be honest, they were all caused by the COVID jabs.  How many more people must die before we ban these toxic treatments?  Governments continue to turn a blind eye to sudden death even as more doctors step forward to recommend banning the Jabs.  The latest person to recommend suspension of the Jabs is someone who recommended giving the emergency use authorizations.

“We found the vaccine increases serious adverse events at a rate of one in 800. At the time of the publication, my co-authors and I did not believe our single study warranted the withdrawal of mRNA vaccines from the market.”

Did you get that?  He knew the Jabs were dangerous but he did not want to be the person who held up the emergency approval.  He was paid to recommend issuing an emergency use authorization so he ignored his own results and did what his bosses told him to do.  Now he feels remorse over all the people he helped kill.

I am glad that he has finally come clean but this man has blood on his hands and should face punishment.  He is not alone there is a long list of government bureaucrats and Politicians who deserve a lot worse.  This will not be over until the guilty are punished. 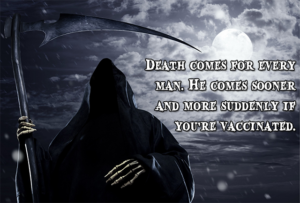 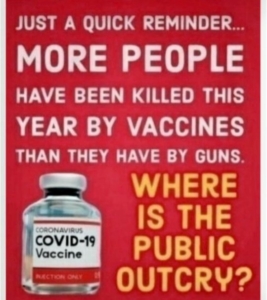