In February the lancet published a study out of Sweden.  Researchers were trying to determine how long the protection from a COVID Jab would last.  This plot is from their study. 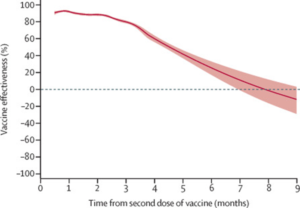 The protection from the jabs starts declining immediately and then at 4 months the decline accelerates.  By 8 months the protection is gone.  The authors concluded that booster jabs could be used to restore protection.  This study was used as justification for mandating booster jabs in many countries.  Millions of people were put at increased risk because the researchers drew the exact wrong conclusion.

Science is a very messy business.  Even when you do it well, you can still draw the wrong conclusion.  The researchers in this case felt reversing the declining protection was the most important takeaway from the study.  They were dead wrong.  The most important thing from this study should have been explaining how, after 8 months, the protection could be negative.

The protection from COVID did not just fall to zero.  It turned negative and after 9 months there was still no end in sight to the decline.  After 8 months your chance of getting COVID increased every day.  In February of 2022 no one would dare say anything bad about the jabs so the researchers carefully avoided the 2 obvious questions their data was asking.

It is now 5 months later and people are less hesitant to question the vaccines.  An article was recently published in the virology Journal.  The authors used the lancet study and several others published since then to draw this conclusion.

“COVID-19 vaccination is a major risk factor for infections in critically ill patients.”

The increased risk of COVID after 8 months is due to immune system damage that will make you more susceptible to everything.  This damage could be permanent.  Taking a booster of a treatment that causes immune system damage was the exact wrong conclusion to draw from the lancet data.

The conclusion from the Lancet study should have been to stop vaccinating until we understand the implications of “negative efficacy”.  Instead they recommended stepping on the gas; doubling down on a medication with serious effects that no one understands.  Their recommendation was insane but the real tragedy is that we did not need to wait until February 2022 to draw the correct conclusion.  In June of 2021 I posted this video from May 2021.

Plasma is needed.
But NOT from those vaccinated! pic.twitter.com/hNLsOVrtul

Then in September I posted a video of Dr. Ryan Cole discussing the vaccines.  He was seeing suppressed immune system response in his patients and a rise of secondary infections.

Months before the lancet study was even published we had enough information to start questioning the vaccines but very few people did.  Doctors were afraid to challenge the vaccine narrative because it came from government.  Medical doctors said nothing because they were more afraid of government then they were of watching their patients suffer and die. 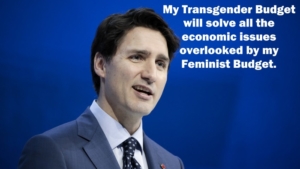 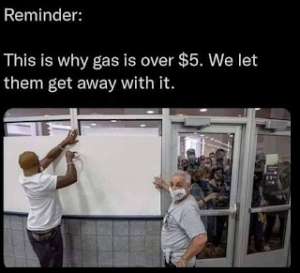