🚨WE CAUGHT HIM! Watch what happened when @ezralevant and I spotted Albert Bourla, the CEO of Pfizer, on the street in Davos today.

We finally asked him all the questions the mainstream media refuses to ask.

Albert Bourla is a disgusting human being who runs one of the most disgusting companies in history.  Pfizer has paid billions in fines for misleading advertising and other criminal behavior.  You would think politicians would not be caught dead anywhere near Bourla for fear that Pfizer’s stench would rub off on them.  Sadly that is not the case.  Bourla is in the thick of things in at Davos rubbing elbows with every world leader.

So how does Pfizer do it?  How do they continue to break the law and still sign multibillion dollar contracts with Governments?  The answer as always is money.  Pfizer sponsors “news” broadcasts all over the western world to prevent the public from ever hearing about the terrible things they do.  Pfizer also pays bribes commissions on contracts.  Since these contracts are often signed by politicians, who gets the commission?

That question went unanswered in the video.  This is crazy.  We know that standard practice for Pfizer is to pay bribes commissions.  These contacts were worth billions so millions were paid in commissions.  When a government signs the contact, where does the bribe commission go?  Is this why Jacinda Ardern just resigned?  Did she make so much money as Pfizer’s whore that she no longer needs her side gig as Prime Minister? 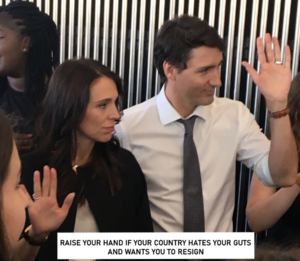 I have maintained for more than 2 years that money had to be changing hands.  This makes no sense otherwise.  There was no logical rational for injecting 5 billion people with an experimental treatment.  Almost no one who took the jab had any reason to fear COVID.  It was only the threat of confinement and loss of income that caused them to submit.  Politicians are the same as anyone.  They do things that benefit them personally.  Why wouldn’t they follow the money trail left by the Pfizer Pied Piper?

Big Pharma is big business.  They make so much money that billions in fines and millions in bribes commissions are just a line item business expense.  Politicians are drawn to easy money like flies to shit.  As long as Pfizer has their check book they will always have a seat at the table.  Our governments have spent 3 years attacking and killing us because it benefitted Pfizer and what benefits Pfizer benefits them also. 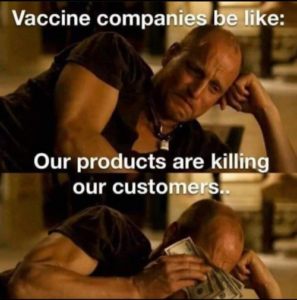 Bourla ended his embarrassing ordeal by running back behind security; no doubt in to the waiting arms of a prostitute.  After escaping such a harrowing encounter with real media I hope this was not the first prostitute he encountered. 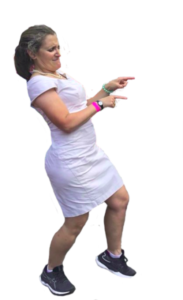 I want Bourla to be punished for his crimes but that would be cruel and unusual punishment, even for mass murder. 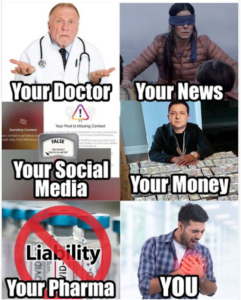