Why does 2023 already feel like the movie groundhog day?  The media is up to their old tricks whipping up hysteria and COVIDiots are already calling for the government can step in to save us with more regulations.  It starts with restrictions on Chinese’s travelers then ends with seniors neglected and dying alone in government facilities.

Do we really want to go down this road again?  I know most people would rather base decisions on emotion instead of reason but I still feel compelled to point out none of the restrictions work.  In 2020 we flipped a switch and turned society off.  We were told that it was necessary.  It was the only way that we could protect grandma and grandpa.  The ridiculous restrictions failed to save Grandma and Grandpa.  They died anyway and governments now benefit from reduced pension payouts.

Germany’s statutory retirement insurance expects a surplus of €2.1 billion at the end of 2022, its president, Gundula Roßbach, told the German news agency DPA. “A year ago, a deficit of €6.5 billion had been predicted,” Roßbach said. The surplus can be explained by a surprisingly stable job market in Germany alongside a surprisingly high excess-mortality rate.

That, however, is not verifiable as of yet. The federal statistical office reported high rates of excess mortality throughout the year, but admitted that Covid deaths cannot fully account for the excess mortality.

The restrictions failed because not a single one of them was based on science.  At no time in the last 3 years have we followed science.  We followed “experts”.  If you want to make a new year’s resolution I would suggest this; stop listening to people the media touts as experts.  They are not experts in anything.  Their only skill is a willingness to lie outrageously for fame or fortune.

The media never vets “experts” to establish their expertise.  “Experts” are chosen to support the narrative.  I live in a city that has a small but rabid anti-fracking community.  Every time drilling activity picks up near town the local papers run out to re-interview the anti-frackers.  The anti-frackers are given pages to air their grievances.  A few years ago the reporter interviewed one of the anti-frackers who claimed to be an engineer with fracking expertise.  In his expert opinion fracking should be banned.

I work in the oil industry and I have experience fracking; I have been involved in well over 100 fracking operations on both vertical and horizontal wells.  Most of the time I have been on location supervising.  With my experience I know quite a bit about fracking and I Knew therefore that the “expert” was lying.  I wrote the paper to pointing out the errors including the fact that their “expert” was not a registered professional engineer.  The editor wrote back to say that he questioned the “expert” on his credentials and was told he is not registered locally because he worked in the Middle East.  I found that very interesting because they do not frack wells in the Middle East.  Their “expert” likely had no expertise at all in Fracking.

The editor suggested a follow up article where I could put questions to his “expert”.  I agreed immediately but the follow up never happened.  When the “expert” discovered he would be questioned by someone who designed and supervised fracks he declined.  I was vindicated but it was not a victory for truth because of what did not happen.  The paper never printed a retraction or explained that they had been duped by a fake expert.  The last word printed about fracking was that an engineering expert called for a ban on fracking. 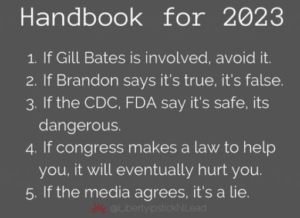 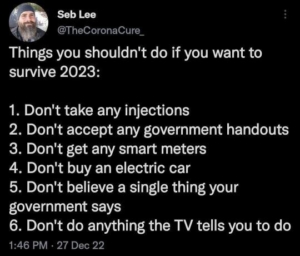 Subscribeto RSS Feed
What is the proper punishment for Child Killers?The Year of the Lawsuit
Scroll to top